America Ferrera is an award-winning actress, director and producer known for her breakthrough role as “Betty Suarez” on ABC’s hit comedy, Ugly Betty. For her performance, Ferrera was recognized with a Golden Globe®, Emmy® and Screen Actors Guild Award®, as well as ALMA and Imagen Awards. Ferrera most recently produced and starred in the NBC workplace comedy, Superstore. She also directed episodes 218 “Mateo’s Last Day,” 313 “Video Game Release,” 421 “Sandra’s Fight” and 711 “Lady Boss” for the series. She executive produced and directed episodes of NETFLIX’s new Latinx Dramedy, Gentefied. Described as a badass Spanglish series about family, community, brown love and the displacement that disrupts it all, Gentefied follows three Mexican-American cousins and their struggle to chase the American Dream, even while that same dream threatens the things they hold most dear. The show debuted on the platform February 21st.

In 2018, Ferrera released her first book landing on the New York Times best-seller list, American Like Me, a vibrant and varied collection of first-person accounts from prominent figures about the experience of growing up between cultures in America. Curated and edited by Ferrera, the anthology also includes essays by Ferrera, sharing her own perspective of growing up the daughter of Honduran immigrants in Los Angeles. Contributors to the book include Lin-Manuel Miranda, Roxane Gay, Issa Rae, Kumail Nanjiani, Congressman Joaquin Castro, Kal Penn, Uzo Aduba, Jenny Zhang, Michelle Kwan, Padma Lakshmi and many others.

A longtime activist, Ferrera most recently organized the ‘Letter of Solidarity’ with Eva Longoria in response to the El Paso, Texas shooting. Over 200 Latinx community leaders signed, urging others to turn this time of despair into a time of action.

In 2017, she worked as one of the driving forces alongside other powerful women in Hollywood to establish the TIME’S UP movement which addresses the systemic inequality and injustice in the workplace that has kept underrepresented groups from reaching their full potential. Ferrera also co-founded HARNESS, with her husband Ryan Piers Williams and Wilmer Valderrama, in 2016. HARNESS is a community of artists, influencers and grassroots leaders that provides education and engagement opportunities to amplify the work of organizations and individuals working on behalf of social justice.

Ferrera spoke at the 2016 Democratic National Convention in Philadelphia on behalf of women’s rights and immigration in support of Hillary Clinton. She was a chair for the Artists’ Committee for the Women’s March on Washington and spoke at the historic Women’s March the day after the 2017 Presidential Inauguration. Her activism has even extended on screen in several television documentaries including the EPIX TV mini-series, America Divided, Showtime’s groundbreaking documentary, The Years of Living Dangerously, and Nicholas Kristof’s series for PBS Half the Sky: Turning Oppression into Opportunity for Women Worldwide.

Some of Ferrera’s television and film credits include a memorable arc on the CBS hit The Good Wife; Ricky Gervais’ Special Correspondents; Ryan Piers Williams’ drama X/Y, which she co-produced and starred in; Diego Luna’s biopic, Cesar Chavez, (ALMA Award Special achievement in Film); David Ayer’s crime thriller End of Watch; Ryan Piers Williams' The Dry Land, (Best International Film Edinburgh Film Festival); It’s a Disaster; Sisterhood of the Traveling Pants (parts 1 and 2); Real Women Have Curves; Lords of Dogtown; How the Garcia Girls Spent Their Summer, among many others. She lends her vocal talents to the Oscar® nominated franchise films How to Train Your Dragon as Astrid.

On stage, she has appeared off-Broadway in Terrence McNally’s Lips Together, Teeth Apart; Laura Marks’ Bethany; and Dog Sees God: Confessions of a Teenage Blockhead, directed by Trip Cullman. She graced the stage as Roxie Hart in the West End production of the hit musical, Chicago.

In 2006, Ferrera founded her own television and film production company, Take Fountain.

Born and raised in Los Angeles, Ferrera is the youngest of six children. As a graduate of the University of Southern California, Ferrera studied International Relations while pursuing her career in film and television.

Aaron Rodgers, quarterback of the Green Bay Packers, is widely considered to be one of the premier athletes in American sports. Over his career he has earned some of the NFL’s highest honors, including a Super Bowl championship, two MVP awards, and six Pro Bowl nominations.

Rodgers is also known for his contributions off the field as the founder of itsAaron, a foundation that spotlights organizations and people who are changing the world. ItsAaron has been a major supporter of the MACC Fund, RAISE Hope for Congo, as well as many other charities.

Rodgers began his career at Butte Community College where he played for one year before receiving a scholarship to play for the University of California, Berkeley. After forgoing his senior season, he was selected in the first round (24th overall) of the 2005 NFL Draft by the Packers.

Taking over in 2008, he quickly proved that he was one of the best quarterbacks in the league by passing for over 4,000 yards and throwing for 28 touchdowns in his first season as a starter. In 2010, Rodgers led Green Bay to a victory in Super Bowl XLV where he was named Super Bowl MVP. The following season, the Packers had one of the most dynamic offenses in NFL history – driven by Rodgers' 45 touchdowns and only 6 interceptions. The team went 15-1 and he was named Associated Press Athlete of the Year in 2011 and league MVP by the Associated Press. He would later go on to win the 2014 league MVP award after throwing for 38 touchdowns and 4,381 yards with just 5 interceptions—he set an NFL record for most consecutive pass attempts (512) at home without an interception that season. 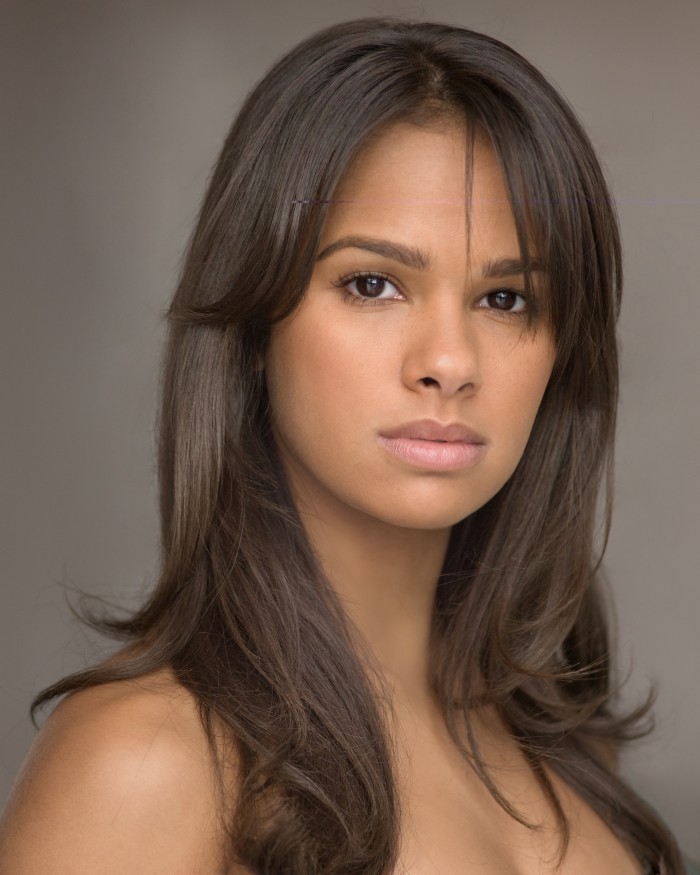 Born in Kansas City, Missouri and raised in San Pedro, California, Misty Copeland began her ballet studies at the late age of thirteen. At fifteen, she won first place in the Music Center Spotlight Awards. She studied at the San Francisco Ballet School and American Ballet Theatre's Summer Intensive on full scholarship and was declared ABT's National Coca-Cola Scholar in 2000. Misty joined ABT's Studio Company in September 2000, joined American Ballet Theatre as a member of the corps de ballet in April 2001, and in August 2007 became the company’s second African American female Soloist and the first in two decades. In August 2015, Misty was promoted to principal dancer, making her the first African American woman to ever be promoted to the position in the company’s 75-year history, and she made her Broadway debut in the role of “Ivy Smith/Miss Turnstiles” with the critically acclaimed show, On The Town.

In 2008, Misty was honored with the Leonore Annenberg Fellowship in the Arts, a two-year fellowship awarded to young artists who exhibit extraordinary talent providing them additional resources in order to attain their full potential.  Performing a variety of classical and contemporary roles, one of Misty’s most important roles was performing the title role in Firebird, created on her in 2012 with new choreography by much sought after choreographer Alexei Ratmansky. In December 2014, Misty debuted the lead role of “Clara” in American Ballet Theatre’s production of The Nutcracker, also choreographed by Alexei Ratmansky. In the fall of 2014, she made history as the first black woman to perform the lead role of “Odette/Odile” in American Ballet Theatre's Swan Lake during the company’s inaugural tour to Australia. Misty reprised the role during ABT’s Metropolitan Opera House spring season in June 2015, as well as debuted as “Juliet” in Romeo & Juliet. During ABT’s spring season in 2017, Misty debuted the lead roles in Giselle and Don Quixote as “Kitri,” as well as Miss Praline in Alexei Ratmansky’s critically acclaimed Whipped Cream. And in November 2017, she debuted the role of “Aurora” in The Sleeping Beauty with The Australian Ballet in Sydney.
Misty has been featured in numerous publications and television programs, including CBS Sunday Morning, 60 Minutes, The Today Show, This Week with George Stephanopoulos, MSNBC's Melissa Harris Perry, Vogue, Essence, Ebony, and People Magazine. She was honored with an induction into the Boys & Girls Club National Hall of Fame in May 2012, received the “Breakthrough Award” from the Council of Urban Professionals in April 2012, awarded the Young, Gifted & Black honor at the 2013 Black Girls Rock! awards, received a Dance Magazine Award in 2014, named to the Time 100 List in 2015, and received the 2015 Glamour Magazine Women of the Year Award. In 2018, she was honored with the DVF Award for Inspiration by the Diller-von Furstenberg Family Foundation.

Her endorsements, past and present, include American Express, COACH, Seiko, Dannon Oikos, and Diet Dr. Pepper. In 2014, Under Armour announced Misty as one of the faces of their "I Will What I Want" campaign with a commercial that went viral, gaining over 10,000,000 views. She was named a brand ambassador of Estee Lauder for its Modern Muse perfume in 2017, for Naked Juice’s Health Bars in 2018, for Stuart Weitzman’s holiday campaign in 2019, and for LG Signature and Breitling in 2020.

Misty’s passion is giving back. She has worked with many charitable organizations and is dedicated to giving of her time to work with and mentor young girls and boys. Misty was named National Youth of the Year Ambassador for the Boys & Girls Clubs of America in June 2013. In 2014, President Obama appointed Misty to the President’s Council on Fitness, Sports, and Nutrition.  And in 2015, she traveled to Rwanda with MindLeaps to help launch its girls program and to establish The Misty Copeland Scholarship. Misty has been a Turnaround Arts Ambassador since 2016, representing the Gregory Jocko Jackson school in Brooklyn.
Misty is the author of the New York Times Bestselling memoir, Life in Motion, co-written with award-winning journalist and author Charisse Jones, published March 2014. She has a picture book titled Firebird in collaboration with award-winning illustrator and author Christopher Myers, published September 2014. In 2016, Mattel released a Firebird Barbie doll in Misty’s image, paying tribute to her groundbreaking performance in the role. Her book, Ballerina Body, an instant New York Times Bestseller, published in March 2017. In 2020, Misty celebrated the publication of her latest children’s book, the New York Times bestseller Bunheads, with illustrator Setor Fiadzigbey.

She received an honorary doctorate from the University of Hartford in November 2014 for her contributions to classical ballet and helping to diversify the art form.